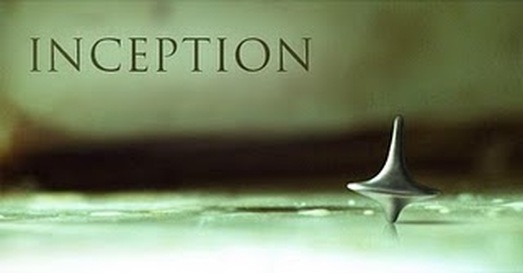 This is taken directly from Jacob's blog about Inception

Well, I have to write about this since I keep reading so many perceptions about how inception ended but not one person seemed to get it right. First off, this is  purely a spoiler to the question that everyone is asking: Is Cobb in a dream in the end or not? If you want detailed info on the film then head over to screen rant, I really liked how they did their site.

Now I must say one thing before we get started. I have tried to deduce as many theories as possible and the one I am blogging about is the one to be the most true. The only person to know exactly what to conclude is Christopher Nolan, and maybe even he doesn"t know?

Before I give away the truth behind inception, I want to give you the opportunity to figure it out on your own. So please, go and watch the film again, but I want you to pay attention very closely, and review these things in your head while watching it:


Alright, keep these rules in mind and return to this with your enlightenment, because after this sentence the explanation is given away.... SPOILERS PAST THIS POINT

I know the suspense is staggering, but my epiphany of the film is actually really short and simple:
Cobb was dreaming ever since he was put to sleep by Yusuf (the first time).

Okay, now that you"ve taken that in I should surely explain my accusations. I"ll go accordingly to the rules that I posted up above.

First off is the totem rule. Up until this point in the film, Cobb successfully spun his totem and it fell over, indicating he was not dreaming. However, after he wakes up from Yusuf"s sedation, he enters the bathroom and spins his totem, waiting in anticipation for the result. But something happened....Saito entered the bathroom and Cobb picked his Totem up and the viewer does not know if he was dreaming or not.

But Wanderer! It"s just as you say, we don"t know if he was dreaming or not!!!!

No, at least not with that information alone. Which brings us to the second part. Right before Cobb spun his totem he saw who in the mirror (briefly)? His wife, Mal. This is actually a huge breakthrough, and I couldn"t have come to this conclusion without this scene.

But Wanderer! Mal was just a dream he saw in the mirror, you can"t prove he was dreaming just because he saw her for a slight second in the mirror.

Actually, I can. The only reason he was able to see Mal in the mirror was because he was doing just that, dreaming. When Ariadne enters Cobbs dream without his permission, she asks him "Why do you do this?" Cobb tells her it"s the only way he can dream. And that is the key. Cobb can only see Mal in his dreams. To back this up, Mal is never shown outside of Cobbs dream, that"s because he can"t dream her unless he is put into sleep via their dream device.

And for the final piece of the puzzle; the theme of the movie. Everytime a dream is entered, it cuts directly to the start of that dream, thats because when inside a dream you can"t remember how you got their in the first place. And to be honest, Nolan"s theme of the film is exactly how dreams are in real life. He could not hit it any more "dead on". So what happens after Yusuf takes Cobb and friends down to his "lair" and shows him the sedation techniques. Down there, they discuss about the people who are heavily sedated and why they are there. (Here again, is irony, because Yosuf asks Cobb if he is able to dream) Then Yusuf sedated Cobb and this is the part where we are all lead astray. Cobb has flashbacks of his memories from limbo. After a few of these scenes he wakes up and heads to the bathroom.

Explaining why he is still dreaming: If you ever think about your dreams afterwards, there is one thing that can substantially be revealed; they are all linked to events relating to your subconscience. The more sincere the event, the more depth it holds on your subconscience. So here we have Cobb, his mind is fully set on doing this job, this desperate act that will reunite him with his kids, something he has longed for ever since he had to flee. And then he undergoes a sedation for the first time, a completely new experience for him. Given these events, isn"t it just a little odd that he only has a few flashbacks and then wakes up for what feels like instantaneously? (or to the viewers, it cuts through to him waking up) Except he never woke up. This is where the clue to the theme of the film fits in. This is the exact part where we start the beginning of Cobbs dream, and the rest of the film is just that, his dream.

With his subconscience completely set on doing this one last job, Cobb begins to dream all the events that unfold. You may argue that this is impossible, for he entered layers of other people"s dreams. But he didn"t, this is Cobb we are talking about. He is not only the best extractor, he"s one of the very few people that has made it through all levels of the dreams (down to limbo) previously. Cobb merely dreamt that he was entering levels of dreams, a natural reaction of his subconscience building his dream. And that is it. Now don"t get me wrong, after the second time I watched the film I came to the same conclusion that everyone else had on their mind. That there was no specific explanation to the story, that everything had added up completely fine until the final scene, where it cuts off the top spinning, that the nature of the ending was given in Cobb"s expression of not caring for his totem and just walked to his children without checking. Meaning, even if he wasn"t in reality, he had just given up and convinced himself that it was reality. Yes, I thought all these things too and much more, trying to deduce every possibility to give my mind closure of this mystery.

But that is why I watched it a 3rd time, and I did exactly what I told you to do at the beginning of this post. I went over the rules of the plot as they unfolded in the film, and I watched very closely to everything that happened. When it came to me, I was baffled. I couldn"t believe that such a simple answer arose out of one of the deepest intuitive films I had ever seen. That is, Cobb had been dreaming ever since Yosuf put him to sleep. Of course the ending makes you question reality and if Cobb was in it or not. He wasn"t. And eventually, a very disappointed Cobb is going to wake up and realize that he had his children in his grasp and will have to repeat the whole process again.

Other thoughts - most of these are just over-inspections of things that do not really matter. They aren"t explained thoroughly because it"s not necessary, it"s not what the film is about.

How can people share dreams? This has got to be the most obvious question to come to everyone"s mind that is never explained even remotely throughout the film. The answer....it is not about how. It is about the dreams themselves. To actually network human subconscience is a feat that can hardly even be imagined.

How can Cobb use Mals totem? The short answer to this is, Mal is dead so only Cobb knows the features of her totem. However, there is a flaw. To implant inception into Mal, Cobb had to touch her totem. Meaning, while both of them were in limbo, Cobb should have ruined Mal"s totem.

Instead of Implanting Inception, why didn"t Cobb just kill Mal? Screen Rant answered this post, saying something along the lines that Cobb couldn"t bring himself to do such a thing to his lover. However, Cobb doesn"t hesitate to Kill Arthur during Saito"s extraction. Of course the situation is different, but there"s a reason he doesn"t hesitate; because he knows Arthur will be safe before even he knows it.

The same thing for Mal, why didn"t she just kill Cobb? Instead she went to all that trouble of setting up a situation where Cobb would have to kill himself? Now, that would have been really bad if Cobb died because his delusional wife killed him. Then there wouldn"t be a film.

Can Saito really remove Cobbs internationally wanted profile with one phone call? No. Very little information is given about Saito"s company. All we know is that it"s an energy company competing with the Fisher"s company. There are a whole lot of things I do not ever understand about the real world we live in, but this is not one of them. I find it no way plausible to have that kind of connection just by being a big corporation ceo.

Why is Cobb"s Father (in law) waiting for him at the airport? The answer to this question also answers the previous question about Saito. The reason that Saito was able to phone in and erase Cobbs records and the reason Cobb"s father is waiting for him even though no arrangements were made is because it is his dream.

How does Cobb"s little girl know how to contact her Dad, internationally, who is always on the run? My wife brought this to my attention, when Cobb first speaks to his kids, it is because his litle girl calls him conveniently right after Cobb fails Saito"s extraction. There are 3 explanations. One is that it is a whole in the film. Second is that the entirity of the film is a dream itself. Third is that since the viewers are being introduced to the protagonist at the beginning of the film, it was important for him to talk to his kids to reveal his situation.

Why do people keep saying there are 5 levels of inception? I don"t know, that sentence does not even make sense. There is reality, 3 dream states, and limbo. Limbo is not a dream state, it is limbo. That is why limbo is called just that, limbo. If limbo was a dream state, then it would be called the fourth dream state, but it is not, it is called LIMBO.

How do Cobb and his wife enter limbo? This wasn"t explained in the film, but what was explained, is that to reach limbo you had to go three dream levels down to enter OR you had to be killed in one of the dream states while under sedation. So how exactly do Mal and Cobb reach limbo, since it is not possible to go 3 dreams down with only 2 people AND they were not sedated? I don"t know.